Popular Firearms Manufacturers and Dealers in the UK 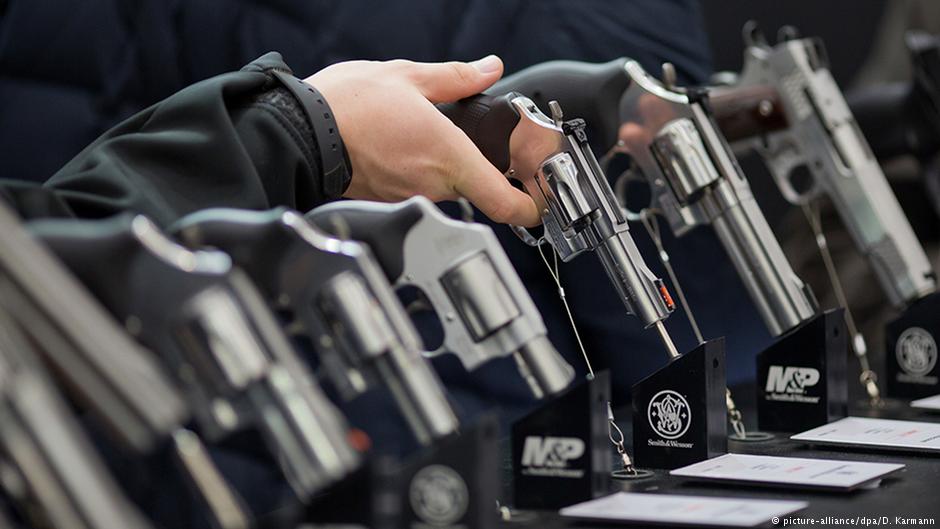 Because of the international nature of firearms manufacture, many companies have their products sold throughout the world.

Because of the long history of firearms manufacture within the UK many of the manufactures are extremely traditional in the firearms that they make. This means they are more for collectors or individuals that want an extremely custom firearm. However there is a decent number of manufacturers and dealers that sell semi-custom and stock firearms for those who do not have the inclination nor the means to spend a small fortune on a handcrafted custom firearm.

This tends to lead to large and historically significant firearms manufacturers to have a handful of firearms offerings, sometimes as little as four models of rifles, while others have a wider variety. Additionally there is a large number of custom order only manufacturers. As these require direct interaction to order from them they will be included in a list at the end of this article. Most manufacturer/dealers offer a wide variety of modified firearms off the shelf but some will still produce a customer firearm for their clients.

We will break these manufacturers and dealers into three groups: Oldest, Off-the-shelf/General User Friendly, and Custom Only.

Due to the nature of UK law and tradition, most manufacturers focus on well crafted shotguns and hunting/precision rifles. Dealers also predominately deal in shotguns and rifles that comply with UK law and nominally sell handguns to properly licensed individuals. Most dealers and a few newer manufactures fall into the middle group. The first and last group are heavily saturated with side-by-side shotguns.

The Oldest Firearms Manufacturers in the UK:

By far one of the earliest and longest running firearms manufacturers in the U.K., the Rigby Company was established in 1775 and has carried its tradition of quality into the 21st century. Hunting oriented, they manufacture break action shotguns and manual bolt action rifles exclusively. In keeping with their being commissioned by rulers and heads of state. Rigby guns are functional works of art. An experienced and well funded hunter is their primary demographic as their firearms are semi-custom rifles and shotguns (caliber and other features can be changed to order while there are numerous standard models available to start with). The lowest their new manufactured firearms go is just under ₤7,000 at the base price with some models going all the way up to roughly ₤119,000 at the base price.

Founded in 1790, Webley & Scott has been a major British manufacturer for a long time. The modern offerings are more geared to the average individual's price range. They have a variety of air rifles and pistols while providing quality centerfire and rimfire rifles in addition to shotguns. They will not break your bank. Additionally they offer sighting accessories and sighting devices for their products. If you are going for an off the shelf option, Webley & Scott offers the most from an old firm.

William Powell has been in the gun manufacturing and support business since 1802. A much broader list of products than other old firms, Powell not only sells guns but shooting accessories and clothing. Their self manufactured shotguns are in the ₤5,000 range while their more economic options are manufactured by other companies such as CZ and Remington. They offer firearm maintenance kits as well as an exchange and resale market in regards to firearms. Firearms seem to be secondary in their specialty as they offer more British hunting/gun culture related products, specifically outerwear, boots, and maintenance.

Established in 1814, Purdy is yet another British firm that deals in semi-custom high end firearms. They are particularly proud of their bolt action rifles, which can start out at ₤25,000. Another predominately shotgun and double rifle-centric company. Their market is more the upper class hunter rather than the average hunter. Exhibiting another common feature of selling used firearms, Purdy also has a hand in the leather goods market geared toward hunting/shooting, also at a hefty price. They offer a few non-hunting oriented leather goods but firearms and their related accessories are their main goal.

Manufacturing firearms since 1892, Greener still makes top quality shotguns, both modern side-by-sides and historical reproductions. Shotguns are solidly their market, except for a muzzle loading pistol and a few rifles. Greener shotguns come in all forms from muzzle loading to external hammers and striker fired side-by-sides. Manufacturing functional works of art, Greener is unlikely to divert from the shotgun and double-rifle market, except for a few of their more historical oriented offerings like their .22-caliber target rifle. Except for a few examples of reading material, Greener is entirely dedicated to the manufacture of firearms, unlike several of the other firms mentioned, but they still fall on the high end of the price scale.

Yet another shotgun and double-rifle manufacturer, Holland & Holland have been around since 1835. Additionally they offer bolt action rifles in a large variety of calibers ranging from standard U.S. calibers and U.K. Calibers. Holland & Holland again are not for the average shooter's price range. They are geared toward those “who know” what they are looking for.

After buying out an manufacturer that had been active from 1772, Watson Brothers began operation in 1875. They offer high price (as in almost ₤100,000) firearms. A much more boutique, manufacturer they fall into the same niche as Rigby in regards to making functional works of art. They also offer pre-owned but these also will cost a small fortune.

Beesley was established in 1879, and will round out our oldest manufacturers list. In 1880, Frederick Beesley sold the patent to his side-by-side lock design to Rigby. As the for the company, production of Beesley arms nearly stopped after WWII and only started up again in 2018.

Anderson Wheeler is a semi-custom firearms manufacturer specializing in shotguns, double rifles, bolt action rifles, and MKVII Revolvers. While most of their products are aimed at the U.K. market and those seeking easily requested semi-custom firearms, their single revolver offering is meant for export sales in compliance with U.K. law. Prices are obscure but their website is easily navigated to see the possible configurations of their products, most of which will be higher cost than off the shelf.

Quite different from most British Manufacturers, Dolphin Gun Company focuses exclusively on precision and hunting rifles. They offer only bolt action rifles, even going so far as to offer manually operate “AR-15s” and “AR-10s” in a variety of calibers. They tend to cater to the more modern, precision oriented shooter with more industrialized tastes but still with the semi-custom offers of other firms, just in modern materials without engraving. Dolphin Gun Company offers more hard use items than works of art, aiming for function rather than old world class.

Entirely dealer only, Viking Arms does not manufacture any of their own firearms. Instead they sell imported brands such as Henry, Merkel, and Ruger. Definitely more off the shelf friendly. Viking Arms is for the average firearms consumer with the average consumer's budget. Some of their products require proper licensing but they have a variety of compliant firearms to make up for those few things. They also offer a wide variety of accessories such as those from Streamlight and Eotech.

Another firearms dealer, Dauntsey offers products from Beretta, Remington, Winchester, CZ, and Browning. A more traditional style one-stop shop for their products and accessories makes it easier to navigate online than the semi-custom and high end retailers. More like an online super-store, Dauntsey strives for a user friendly site while providing U.K. compliant firearms for the common end user.

A more firearms only site, Valmont offers to buy and sell firearms, acting as a go-between for U.K. citizens. Many of their new and used sales posts are reminiscent of a less gray Ebay auction but this brick and mortar establishment is definitely more user friendly than other sites.

This is more a boutique gun room than anything. They have no other stock than what they are sold and those range from ₤300 to ₤5000. They also repair, refinish, and restore firearms, which seems to be the major chunk of their business.

An official Beretta and Rizzini dealer, Brown & Sons deals in those companies' shotgun products both new and used while manufacturing their own. Mid to high prices depending on the firearms selected, but these are not for the average user.

Here is a list of custom only makers. Their rates are not online and can only be found after direct contact has been made and an estimate has been given.

The majority of top U.K. manufacturers are in the semi-custom, U.K. compliant market. Their main goals is to meet the needs of hunters and precision marksmen that have a lot of money on hand. While there are local dealers spread throughout the U.K. these are mostly the out standing of the bunch in regards to quality, age, and service.