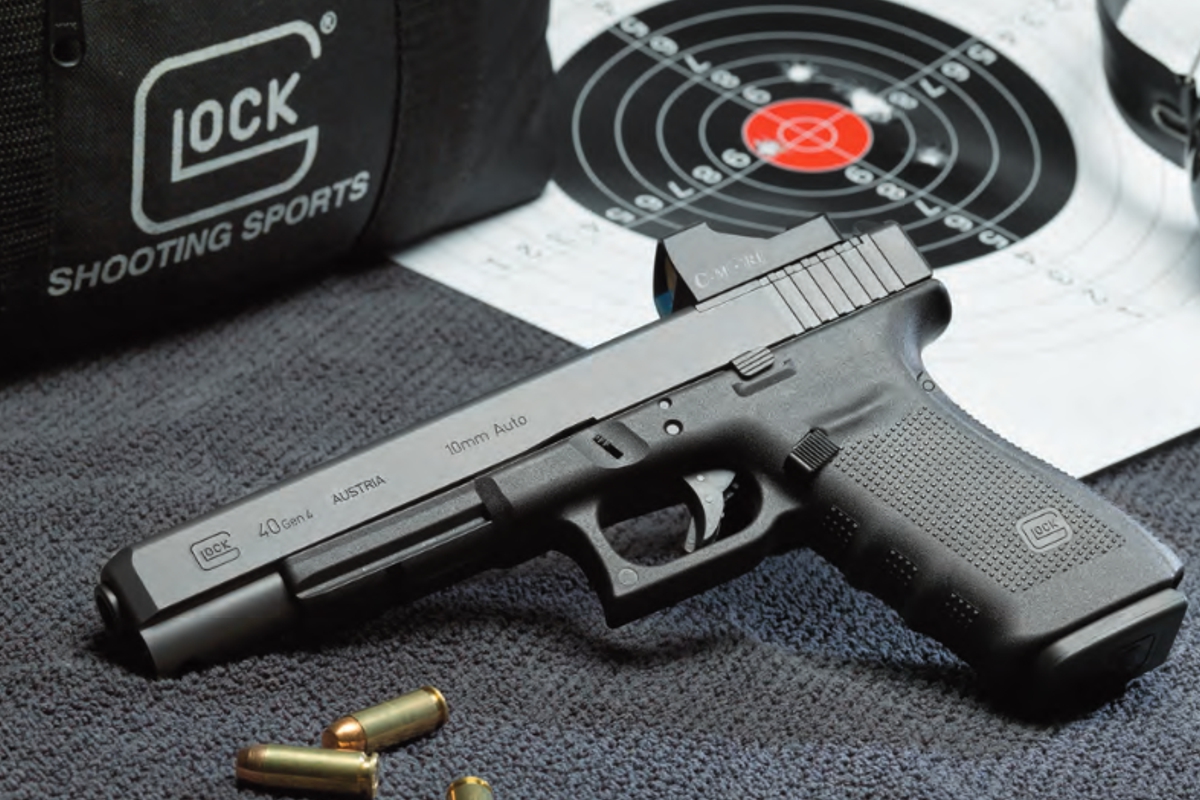 Since the days of the Holy Roman Empire, the might of Austrian arms was a major player in the power politics of Europe. Despite this, its arms manufacturing, especially as regards to firearms, is not terribly diverse

While the home of the Mannlicher repeating action which was cutting edge in the 19th century and incorporated into the products of the Steyr arsenal and of Glock in the 20th and 21st centuries, those remain the two primary manufacturers.

Yet, considering the widespread adoption and use of those designs, one can legitimately wonder, how much diversity is really necessary?

The town of Steyr in Austria began as the home of the Hapsburg Dynasty’s arms makers in the 13th century. Located in upper Austria along the “iron road” it had long been the arsenal for the empire. With the establishment of the Dual Monarchy in the late 1860’s, Steyr became the primary military manufacturer for the state. With the arrival of Ferdinand Ritter von Mannlicher as head designer at the arsenal in the 1880’s Steyr became the center of new military rifle designs. The Mannlicher action used an en bloc loading system to charge the rifle with 5 rounds at a time. The bolt and breech action allowed for higher pressure, small caliber, smokeless powder rounds.

In 1895, Steyr introduced a straight pull design rifle that improved a soldier’s rate of fire. By World War I, however, the Austrians also adopted a more traditional bolt action rifle made at Steyr based on the Mauser 98 action.

In 1908, however, the Steyr Roth pistol was the first semi automatic pistol to ever be adopted by any military. It was followed after by the Steyr Hahn, 1911 pistol. Both had integral box magazines that were loaded through the top off of stripper clips. Despite awkward appearances of the firearms by modern standards, they were successful used and survived the rigors of the Great War. The Steyr 1911, rechambered into 9mm Luger, also saw service in World War II.

The breakup of the Dual Monarchy at the end of World War I also applied arms restrictions to Austria as it did to Germany. As a result of the Anschluss in 1938, Austrian arms making designs were made to conform to German standards, linking Austrian manufacturers’ fates to the same as the Germans’ in World War II: mostly resulting in destruction.

Products intended for military use include:

the AUG - one of the earliest and most successful and popular bullpup rifles, the AUG remains in Austrian service thanks to its modular barrel system that allows quick switchouts between a standard carbine to a heavy barreled sniper or squad support weapon,

the GB – intended as a service pistol in 9mm Luger, the GB lost in test trials to the upstart Glock. The GB is currently no longer in production but is considered quite collectible. the M pistol - Steyr’s striker fired polymer pistol incorporates novel, low profile sights and is available in both 9mm and .40. While still in production, it has not unseated the Glock as the country’s primary service pistol. the SSG: Steyr’s line of sporting and precision shooting, bolt action rifles are available in several common calibers.

the M pistol - Steyr’s striker fired polymer pistol incorporates novel, low profile sights and is available in both 9mm and .40. While still in production, it has not unseated the Glock as the country’s primary service pistol.

Gaston Glock had no previous firearms experience, but was very familiar with advanced synthetic polymers. In 1980, The Austrian armed forces issued a tender in pursuit of a new sidearm. With samples being collected in 1982, Glock assembled a team of experts and procured an initial prototype within 6 months. The result was the Glock model 17 which passed all the required stress tests. Initially dismissed and vilified as a plastic gun that can defeat security metal detectors (it can not), the Glock 17 and succeeding models have become a dominant presence in the western world’s police, military and private shooting markets.

The “boxy Glocks” seem to either be hated or loved with little middle ground. With up to three internal safeties, they are still remarkably simple and therefore reliable and easy to care for. However, that simplicity forgoes active safeties and novice or careless shooters have caused themselves potentially life threatening instances of grief. On the other hand, they are regarded and proven as a fine tool for professions that require a service weapon, but after market mods make them eminently upgradable for performance competitions or simply to customize the weapons.

To date there are five generations of Glocks:

Gen 1 starting in 1982 includes just the Model 17 in 9mm. It is the basic model that won the tender from the Austrian government

Gen 2 was introduced in 1988 which included a metal serial number plate attached to the frame and introduced the Glock 19: a more compact 9mm pistol. In the 1990’s Glock introduced models in .40 S&W and 10mm. By the mid 1990’s the subcompacts were also introduced.

Gen 4 was introduced in 2010 and offered a double recoil spring, more aggressive texturing on the grips and came with additional backstraps and an additional (3rd) magazine. Magazine releases are also reversible on this model for left handed shooters. A .380 acp model (the 42) and a single stack 9mm (43) were also released at this time.

Gen 5 was released in 2017 and forewent the finger grooves on the grip, is available with MOS capable slides. In addition to the reversible mag catches, the Gen 5 also comes with ambidextrous slide releases.