Popular firearms manufacturers and dealers in a South-East Asia 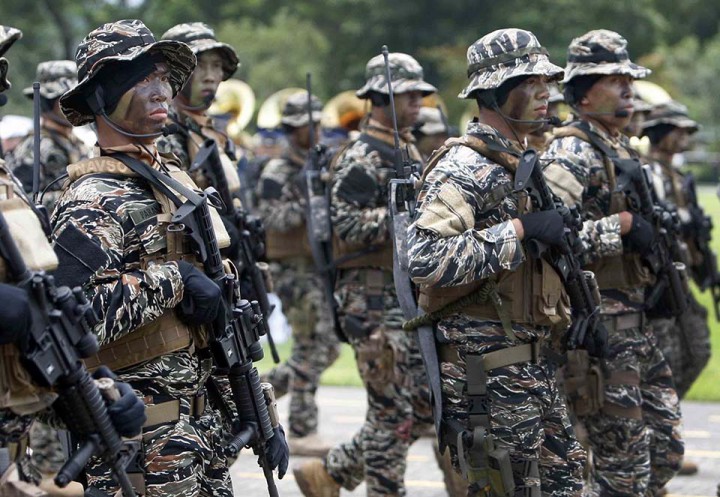 The concept of firearms began in Asia, first with what would become gun powder in the 9th century and then the “Li hua ch’iang”, or “firelance” of the 10th century.

t is a common impression that while the Chinese pioneered ground-breaking technology, the West perfected it. Pioneers of the spear with a small powder charged projectile, the Chinese eventually plateaued with their advances while the Europeans charged into an arms race that has rarely taken a break.

Today, the big names in firearms appear European and American, with Russia making up the difference in quantity. This is a flawed stereotype. While Asia did technologically plateau by the start of the Modern Age (say late 15th cent), this was brought on by a period of self-imposed isolationism.

China and Japan specifically closed its borders to outsiders for extended periods of time. By the start of the 19th century, China found her borders forced open through aggressive trade practices resulting in a barely sovereign, or united, country (ref: the Opium Wars). Japan faced a similar prospect and chose to modernize through a controlled “westernization” where a great part of her culture remained in control. Despite this, all Asian goods were considered flimsy or cheap by Western opinions: as if the East were still using bamboo encased charges on spears.

With two world wars and the Cold War, Asia became a battle ground: literally and socio-economically. This includes arms making. The modern nations of South-East Asia have embraced modern arms making with the intentions of their own benefit. Peoples’ Republic of China: The PRC is an industrial powerhouse that has a reputation for being masters of reverse engineering. Over the years, the bulk of Communist China’s hardware has been domestically manufactured copies of [usually] Soviet equipment. From the Tokarev pistol and AK to the T-72 tank, there is a Chinese variant. In recent years, however, the Chinese have branched into their own products, many still domestic reinventions of someone else’s R&D (copyright laws have no value in the PRC), but nevertheless have been fit for export.

The most famous of these is China Ordnance Industries Group Corporation Limited, aka Norinco. This conglomeration produces a wide range of equipment from small arms to APCs and missile systems. Since 2003, however Norinco has been banned from US import. Nevertheless, exports to other countries, often those without the best human rights records, remains a strong source of income for the company and country.

The Philippines is the site of one of the other largest manufacturers Westerners may be familiar with: Armscor. This company’s labels in the US include Rock Island and Metro Arms.

They even at times are reported to have provided parts for Kimber. While domestic ownership of firearms is a slippery legal slope, that has not stopped cottage industries from producing copies of 1911’s for less legitimate purposes in country. These should not be confused for Armscor quality. The company simply does not just make clones of 1911 and CZ pistols, their most famous but by no means not their only products, but also has participated in cartridge design: the .22 TCM. Armscor also manufactures its own line of ammo for export.

Singapore is a center for trade and commerce in virtually everything, firearms included. The county itself has a miniscule domestic market, but one company, ST Engineering, has thrown its hat into the ring of arms making with a modern bullpup SAR 21. The bulk of its guns are made for the Singapore Armed Forces. The rifle is being groomed for export as well as a new model CPW/PDW offering. ST Engineering has offered designs for foreign consideration, but thus far has not scored any large contracts as if yet. As an explorer of innovative designs makes the company of particular interest as it is not bound to maintaining old ideas.

North Korea has gained the title of most militant state in the region, yet it does not export.

Domestic copies of Soviet era hardware are maintained, while occasional infusions had occurred until recently from other former Warsaw Pact countries and a boost here and there from China. The AK, famous for rugged simplicity is made by the North Koreans, usually favoring the Type III milled receiver, though they do not appear to be particularly choosey: preferring compatibility out of the box to anything that would cause logistical difficulty.

South Korea maintains a constant state of readiness against its northern neighbor.

In the process, it manages to participate in the selling of some of its military technology. The Poongsan Corporation is perhaps the most readily recognized in the US: it is Precision Metallic Corporation, or PMC ammo. The commercial export of this ammunition is made to standards demanded of the South Korean military and is popular for training and competitions. The most common firearm exports come from the Daewoo Corporation. Or more accurately what WAS Daewoo. While the brand name has survived, most of the manufacturing comes from S&T Motiv, which builds most of the weapons the ROK Army is equipped with, the K2 for example, as well as exploring new research and designs for new weapons such as their K11.

Japan’s militarist past is something that the modern country eschews from, and while domestic ownership is all but non-existent, there are two companies with names that come up in modern markets: Howa produces its own sporting rifle line for export as well as provides weapons for the Japanese Defense Force. Miroku is another that is now the maker of modern Winchester and Browning sporting rifles and shotguns, including the Winchester lever actions: the gun that won the west is now made in the east. This is something to keep in mind before dismissing Asia as a gun maker and player in the modern market.