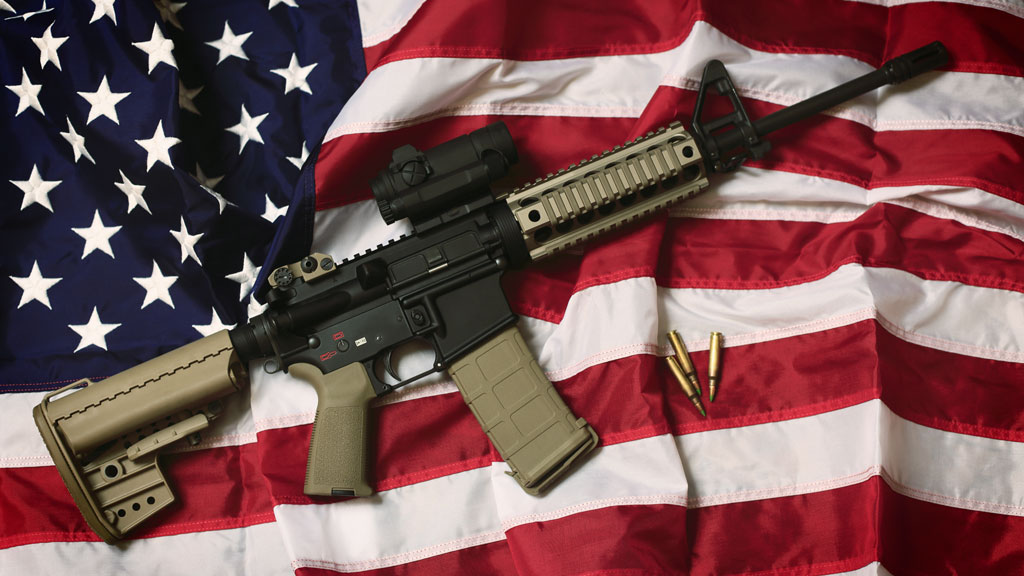 A Brief Overview of Federal Firearms Regulation in USA

The United States is the largest civilian market for firearms in the world.

A combination of national and state level constitutional provisions that ensure a right to keep and carry firearms, plus a healthy national firearms culture, and growing concealed carry market means that there is plenty of business to be had in the United States.

However, there are a number of different federal and state regulations that can make selling and importing guns into the US difficult. There are no national licenses required to own any firearm. Certain restricted classes of arms require a federal tax stamp and registration to own.

Several US states require registration of some classes of arms, or register gun owners. The state of New Jersey regulates air guns the same as firearms, and requires purchasers to be a registered firearms owner. However, most states have minimal restrictions on the purchase and ownership of firearms.

What Can Be Purchased Without Regulation and Oversight

In the United States, the receiver of a firearm is legally considered the gun itself.

This is the part that will have the serial number engraved on it. All other parts are typically sold without any oversight, although some jurisdictions restrict magazine size for semi automatic handguns and pistols. As a general rule, any airsoft gun, air gun, and similar non firearm will not have any regulatory hurdles.

Some states may impose further burden on these classes of arms.

Firearms accessories typically are not regulated, although magazines and grenade launching devices (including historical antiques) are regulated in some states.

For the importer, the most important consideration is the Gun Control Act of 1968, which imposes regulations on what can be imported, and typically restricts all small sized, small caliber handguns, and the International Traffic in Arms Regulations (ITAR) rules. Additional regulation concerning imports regularly change, particularly when economic sanctions are imposed, so when in doubt, consult with the Bureau of Alcohol, Tobacco, Firearms and Explosives (BATFE) for up to date information.

ITAR regulates the importation of parts, particularly parts and firearms scopes designed primarily for military use. While these parts are almost always unregulated for sale inside the United States, importing them can sometimes be difficult to impossible.

NFA weapons require registration and a tax stamp, and may be further restricted on a state and local level. Private citizens may build an otherwise legal to posses firearm for personal use, so long as there is no intent to sell. There is no federal oversight of this process, although local and state laws sometimes affect the home building of guns.

Handguns may not be directly sold to persons outside of their home state, or shipped through the US mail. While a background check must be performed on the sale of all new guns, federal law does not require it on private party, non commercial sales to a person who can legally own a gun.

Some states require all sales, including private party sales to go through a background check. All US states offer some form of legal carry of a loaded handgun. Some states make it nearly impossible to acquire a license, while others legally mandate issuing a license to legal gun owners who apply and meet training requirements (not all states require training.) Almost 30 percent of all US states do not require any permit to carry a loaded and concealed handgun, and allow carry without licensing.

Certain classes of firearms that are considered “assault weapons” may not be imported without restricting certain features such as magazine capacity, type of stock, or threaded muzzle. Such guns when imported typically are further overhauled and sometimes rebuilt with a number of US made parts to be legal with any of these import restricted features.

A classic example is the modification of AK-47 type rifles with US made parts after importing a mostly complete arm. Full details can be found under 18 USC 922, which also covers firearms importation.

Typically local regulations focus on carrying of small arms, where they can be sold, and increasingly, restrictions on guns based on cosmetic features (so-called “assault weapons) and magazine capacity. The following states and Washington, D.C. restrict magazines based on arbitrary capacity limits.

Typically the maximum allowed in a magazine is 10 rounds, although Colorado and New Jersey permit 15 rounds, and Hawaii only regulates handgun magazines. States that have arbitrary magazine capacity limits are:

The purchasing and carrying of handguns is often regulated on a local or state level. New York City still maintains an outright ban on handgun ownership, save for the very rare issued license that allows ownership and carry of a handgun within New York City limits.

While federal laws do not limit number of guns that can be owned or stored, some states and cities regulate the storage of guns.

Federal law bans handgun ammo purpose designed to be armor piercing, but primarily does not regulate rifle and shotgun ammo, outside of exploding bullets with more than 50 grams of explosive material in the bullet.

Some states will restrict or ban hollowpoint handgun ammo.

The use of incendiary and tracer ammo is often restricted on a state level under certain circumstances for wildfire protection.

In some cases such as with military sniper rifles and police service pistols, there is extensive overlap between civilian and government sales and markets, as such arms are usually sourced with private sector parts and models.

Smith and Wesson, Remington, Sturm, Ruger and Company, and Sig Sauer are the four largest gun makers in the United States.

Distribution is done through factory direct purchases, or through wholesale distributors such as Davidsons, Lipseys, and Southern Ohio Gun.

All new guns must be sold through a licensed gun dealer, of which there are almost 140,000 in the US.

Importing Guns into the United States

All commercially imported guns must meet applicable import laws at the time of application. The process to import guns or certain types of parts requires extensive paperwork. The time for approval can vary based on a number of factors.

Purchasing a firearm from a dealer in the US requires filling out a form with personal identifying information, answering a series of qualifying questions, and passing an instant background check that identifies prohibited person through criminal, legal and mental health records.

Some states may impose additional, and basically similar paperwork for their own records or registration.

As you can see, US firearms laws can be complex, but also simple.

Unlike other countries, there is generally no license to own a gun, nor in nearly all cases, can a person lose their guns through failure to maintain an ownership license.

Purchases are usually very easy, and can be legally finished in a matter of minutes in most states.

Nearly all states make it easy to legally carry a concealed handgun. Import regulations can sometimes make little practical sense, and can at times be difficult to understand, as they sometimes reflect the current political climate.

Take advantage of the ease of use of the AmmoTerra marketplace to streamline your purchases.