Firearms legislation and market in Pakistan 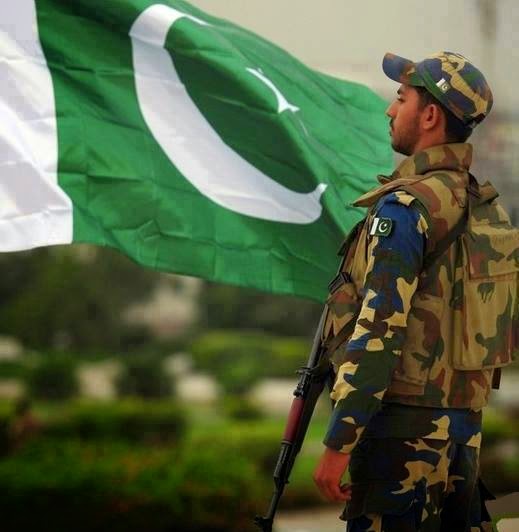 At the end of 2017 the Pakistani government reportedly held a meeting in which it chose to ban all automatic weapons and prohibited bore weapons.

Then Prime Minister, Shahid Khagan Abbasi, went on record remarking that no nation on earth offered licensing for automatic weapons to private citizens (Class III license holders in the USA may beg to differ). The result of this meeting was to issue a directive that all owners of privately held automatic weapons had a set time to get their weapons converted to semi-automatic and no prohibited bore while getting new licensing for the weapons, or to turn them in for a buyback fee.

Having made that declaration, it remains unclear how Pakistan will enforce it. Pakistan’s licensing system for firearms is almost the very definition of haphazard for several reasons. First, licenses were state issued, but the number of fake licenses in circulation exceeds the number issued. The local governments are most likely complicit in the making of the fake licenses (paper and digital) for personal reasons, and while this may suggest a corruption, it is more accurately characterized as a cultural custom that simply has not been extinguished: to Pakistanis (not especially, but particularly in the Khyber and Baluchistan areas) weapons equal status and honor.

Previously there was no limit to the type or number of firearms a license holder could own or carry (though some gun free zones were successfully created, such as schools). Cultural and societal norms outside of the cities allowed heads of households to carry openly and even kill in the name of family honor – avoiding civil penalties by paying a death price to their victim’s families. Firing guns into the air during weddings was not unusual and many western visitors are often taken aback by the sight of guns virtually everywhere when visiting the countryside.

All this gives proof to the impression that Pakistan has a strong cultural affiliation for firearms, especially in the areas that are still strongly controlled by the tribal communities: the northwest where the Pashtun tribes see firearms as a necessary accessory to leaving the house.

While the government imports modern weapons in limited numbers - labelled almost exclusively for government use – and these mostly from Turkey, there is an incredibly impressive black market of weapons flowing in and out of Pakistan.

Many of these are foreign weapons of Russian and Chinese manufacture going into Afghanistan along mountain trails that have been used for discretion from outsiders since Alexander the Great passed through. With neighboring Afghanistan being the center of conflict for decades, there is no shortage of demand or even supply passing through Pakistan.

Pakistani law enforcement has its job cut out for itself in these regions where they are woefully outnumbered by the local populace (assuming the officers are not local tribal members themselves – Khasadar - and disinclined to enforce any ban). In fact, and apparently contradiction to the spirit of any ban, government officials have told business owners throughout the country, but especially in the hinterland, that they must be responsible for their own security as law enforcement is stretched to the limit.

It is a recipe for a black-market extravaganza.

Gun running is a lucrative, and often singular, occupation for people in these regions. The economic incentive is very well merged with the cultural associations with firearms ownership where, like neighboring India (until 1947 both countries were one) before the 1857 Mutiny, weapons ownership is a sign of independence and self-determination.

Nowhere is this more evident than in Darra Adam Khel in the province of Khyber Pakhtunkhwa. The bazaars in this region are world [in]famous for the variety and quantity of firearms manufactured locally. The hundreds of cottage industries turn out weapons ranging from pen guns to anti aircraft weapons, along with the ammunition necessary to fire it all. While the quality of these “Khyber Pass” guns is variable, if not questionable, they craftsmanship to turn out not only Martini Henry and Enfield copies but also AK clones and even copies of HK smgs, 1911 pistols and Soviet style 12.7mm heavy machineguns.

Interestingly enough, government influence has had some impact on the area: first, not foreigners are allowed to stop in the town without a specific travel permit and guide (bodyguard). Second, the manufacturing if heavy weapons and appropriate ammunition has been ceased by agreement of tribal leaders. But small arms production from the literally hundreds of shops continues unabatted.

*While the Pakistani government is taking vocal steps to curb gun ownership, they face a vertical climb when getting into the hills.

*There is precious little legitimate importation of firearms into the country, but there is no need. The illicit traffic is more than enough to meet not only domestic demands but trade to neighboring Afghanistan.

*Importers are becoming understandably wary of shipping their products in, even legitimately, because those designs will inevitably find their way to Darra Adam Khel where they will be copied and sold in far greater number than will ever be imported.

*Finally, and perhaps most importantly: the government is missing out on a gold mine opportunity: instead of coming down against gun ownership in a futile attempt to change generations, if not centuries, of cultural norms the cottage industries represent an industrial powerhouse of domestic production that answers a demand both domestically and for export.

Meanwhile, the effects of the government’s efforts to enforce new licensing and bans remains to be seen.