Firearms legislation and market in Austria 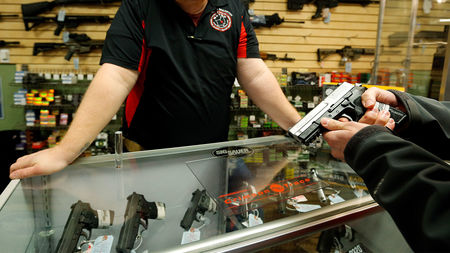 Sharing their homes with at least one of the most famous of the modern gun makers, Glock, Austrian firearms owner have their rights [privileges] regulated by the Federal government along with the European commission.

Personal ownership, while not prohibited, does contain strict requirements and is divided up into several categories.

The easiest to address, and for citizens to acquire is what are determined to be in the classification of antiques. These are firearms manufactured before 1871 and include, obviously, black powder type firearms. These do not require any registration.

The next easiest to acquire are single shot long arms, most commonly shotguns or small bore for small game. These require submission to a background check and again the purchaser to be over the age of 18. These are considered Class C.

After that is known as Class B: these include handguns and semi automatic rifles. At present, it is unclear where bolt action, or other manual action, multi shot rifles may be: either Class C or Class B. The latter requires an owner’s card (Waffenbesitzkart) or a weapons card (Waffenpass). The former only permits ownership and transport to and from a range while the latter allows carrying on the person – and is therefore assumedly less commonly issued.

Class A firearms are considered weapons of war: fully automatic weapons as well as long arms with barrels under 45 centimeters (18 inches) or with an overall length under 90 centimeters (36 inches). These are forbidden to private civilian ownership. Most prospective gun owners focus on the Class B requirements as it is the most restrictive while still obtainable class. In order to be approved for legal purchase the aforesaid state license is required. This entails the soon-to-be buyer to by over 18 years of age, have no criminal record, complete an interview by the police, the passing of a psychological test which is administered by the government, a shooting course and then the cost of the card itself. The last three have a combined cost that can exceed 400 Euros: this is to guarantee responsibility with the added societal benefit of apparently weeding out the hoi polio. It is reported by some that despite the costs of the card, there is an increasing backlog in processing applications in recent years.

What can be taken away from these requirements is that casual participation in the shooting sports is somewhat rare accept for those who have the money to spend. People who are otherwise having to count pennies are therefor deterred from participating in firearms ownership. This would suggest the presence of a black market but reported crime rates in Austria do not suggest one of any real substance exists. This is probably due to the limited supply of weapons in the country. Another is the relatively low crime rate the country reports: 46 murders for the entire year of 2016 according to the Federal Ministry of the Interior’s report made in June of 2017. What drug trafficking there is comes from outside influences so the Austrians themselves appear to hold on to a socio-cultural perspective of having very little need for private firearms.

While there is a tradition of sport shooting within the country, it is not pervasive, and the costs of legally purchasing any firearm beyond break open shotguns makes a large grass roots exposure increasingly difficult as more and more people become urbanized and less inclined to spend money on the process.

That said, reports suggest that despite the costs and waiting times have increased in recent years. This is usually attributed to concerns over both right and left wing lawlessness on matters concerning immigration trends and nationalist reactionaries. It is interesting to note that in the country Glock is made, it takes weeks to a month to receive orders, and whether or not this is because of company logistics or federal bureaucracy is debated. Austrian dealers typically do not appear to keep large stocks of weapons on hand and submit their own orders on an as needed basis which has caused local supplies to be taken up, which in turn, thanks to the universal law of commerce, increases demand.

Returning to the legal requirements: successful completion and acquisition of the card does not terminate police interaction, with the new gun purchaser. Owners of Class B weapons must keep them stored in a locked “weapon” box, with the ammunition separate, and there are surprise visits from the police to confirm compliance. Any infractions can result in confiscation of any weapons as well as the revocation of the permits regardless of the cost in acquiring the firearms or the permit.

Having the card does allow purchase of handguns but are limited to initially two. This can be extended up to reportedly a total of nine, but only at a rate of two more every five years. Upon finding a licensed dealer or smith willing to sell, the purchaser must complete another background check at time of purchase. Upon passing, the dealer must register the sale within six weeks with the central weapons registry (Zentralles Waffenregister). This ensures that the state not only knows who and what but the when and where as well.

Crime rates for the country remain comparatively low, except for the urban centers where pickpocketing and burglary are unreported. Most of that crime is non confrontational, taking place while the victim is unaware or away from their property. More than half of the reported drug crimes are done by foreign nationals leading, not just among the immigrant community – which has led to some nationalist reactionaryism -but by citizens of other EU nations. Data for the more recent years after 2016 are still being collected to see if the trends of political rhetoric and attitudes on security and immigration are having a lasting effect on Austrian gun ownership. The information thus far, however, suggest that the strict controls, limited local supply and cultural attitudes prevent a major swing in private Austrian citizens arming up.