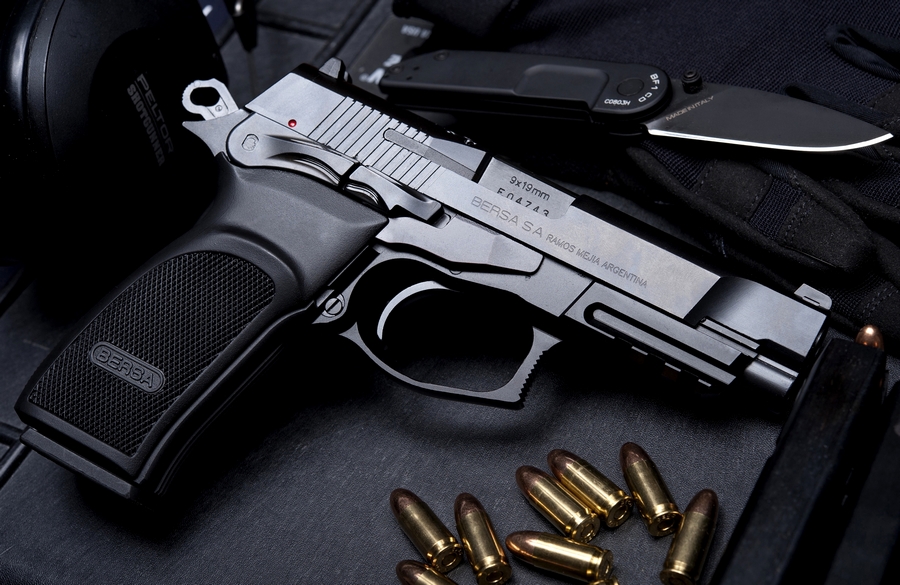 Bersa is an Argentinian arms manufacturer, located in the city of Ramos Mejía in Argentina.

Bersa company was founded in 1958 in Ramos-Mejia, located near Buenos Aires. The names and surnames of the company's founders became the basis of The company's name.

There were three Italian engineers: Banco Bonadiman, Savino Caselli, and Ercole Montini. Bersa began its history with the production of copies of guns "Beretta". The issue of the gun Bersa 60, which was based on the famous Beretta 70, was not a plagiarism, but its main elements, in fact, copied the elements from a gun "Beretta".

Perhaps the only fundamental difference was the ammunition, or rather, their caliber. Bersa 60 used caliber cartridges .22LR, which gave manufacturers the opportunity to "come back" to the market and get their first income from the sales of weapons. In the 60s, the trademark "Bersa" became quite recognizable.

Bersa was still far away from becoming a separate brand, however, its models occupied a niche in the market of short-barreled weapons. This niche was being filled with new models that had also used other companies' weapons principles as a basis. These companies were "Beretta", "Mauser", and "Walter".

The production of the first Bersa pistols (chambered for .22LR) began in 1959.

The company's products are well known not only in South America.

Due to the favorable ratio "price/quality," it is very popular in the United States as well.

Pneumatic copies of Argentinian pistols can be found in the catalog of the Danish company "ActionSportGames" (ASG). Its pneumatic copies of the Czech arms company are very popular on the Russian market "Česká zbrojovka" (CZ) - pistols CZ75 P07 Duty, which is characterized by great quality. "ASG" owns not only a license to reproduce the appearance and markings of the Czech "CZ" but also the Argentinian "Bersa".

In addition, the company provides a lifetime warranty on its products to all its customers. It is all these factors that allow the Argentine company to be one of the leaders of the Latin American firearms market and export its products to many countries of the world.